Cyberpunk 2077 Life Paths Influence the Game Past the Prologue; Melee Combat Is Viable, and Very Satisfying 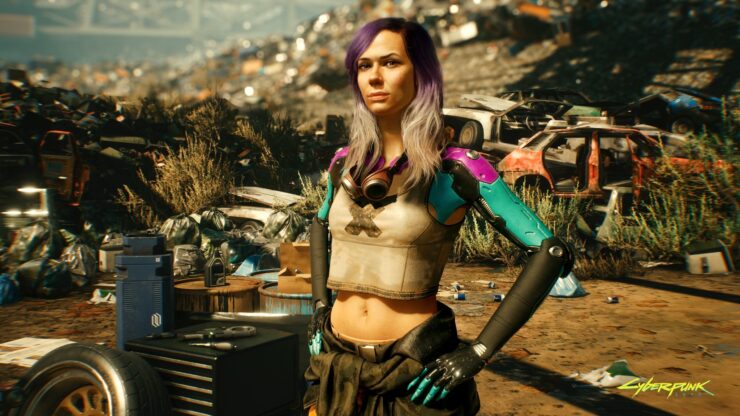 The three Cyberpunk 2077 Life Paths will influence the entire playthrough, and not just the Prologue, according to a new preview.

Russian website DTF revealed, as translated by Reddit user o4er, that the three Life Paths influenced the game throughout the entirety of the 16 hours preview playthrough, giving the game high replayability.

Cyberpunk 2077 Ray Tracing Not Available on AMD Radeon at Launch

Cyberpunk 2077 has a high replayability due to variability and different lifepaths. For example, the “Corpo” prologue influenced the game throughout the entire playthrough, and not just at the beginning.

DTF also talked about how ray tracing makes the Cyberpunk 2077 world look more complex and detailed. At the same time, the game looks great even without it.

Ray tracing definitely improves the overall image, making the world look even more complex and detailed. But even without raytracing, the game looks great.

Other Cyberpunk 2077 previews also highlighted how melee combat has been improved a lot over the past few months.  In its preview, PC Gamer stated that katana combat is not only enjoyable but also viable, thanks to perks unique to swords.

Swords in Cyberpunk 2077 aren’t just melee weapons you fall back on when you’re out of ammo. They can be that, but they can also be an entire play style. Sword-specific perks include Slow and Steady, which increases your armour as you sprint, letting you close in on enemies without being shot to pieces. And Deathbolt (the icon for which shows V licking a katana) restores your health and increases your movement speed at the moment you kill someone with any bladed weapon.

A quality sword like the Black Unicorn, combined with these perks, makes wielding a blade in Cyberpunk 2077 incredibly satisfying and super effective. If you’re careful, and use the environment to your advantage, you can clear out an entire facility of heavily armed soldiers without firing a shot.

Cyberpunk 2077 Builds You NEED to Consider Playing First Time Round

Cyberpunk 2077 Builds You NEED to Consider Playing First Time Round