It appears that CD Projekt Red is now full steam ahead with building up the hype for the launch of Cyberpunk 2077 . The latest trailer doesn’t feature much gameplay, but it is led by the beloved Keanu Reeves. Keanu Reeves introduces us to the world of Cyberpunk 2077 and asks a simple question. In 2077, what makes someone a criminal?

We’ll start by saying high-speed drifting and dangerous drive-by shooting, most likely. The trailer features plenty of that, showcasing a bunch of the game’s weaponry and vehicles. The Seize the Day trailer also gives us a glimpse at the type of upgrades we’ll inflict on our cyber-bodies, and they look quite painful. While little of this looks like in-game footage, the cinematic oozes that Cyberpunk style, and CD Projekt Red flexed its big-budget muscles with a trailer broadcast during the NBA Finals.

It’s not all sunshine and rainbows at the Polish studio though. Recently, we reported on stories of crunch time at the studio, as the team moves into the final stages of development. It was about a message sent out out by company executives that introduced mandatory additional working hours for the development team. Of course, this is to meet the mid-November deadline for release. It stings a little though, because leadership at CD Projekt Red had previously spoken on eliminating crunch from development cycles. 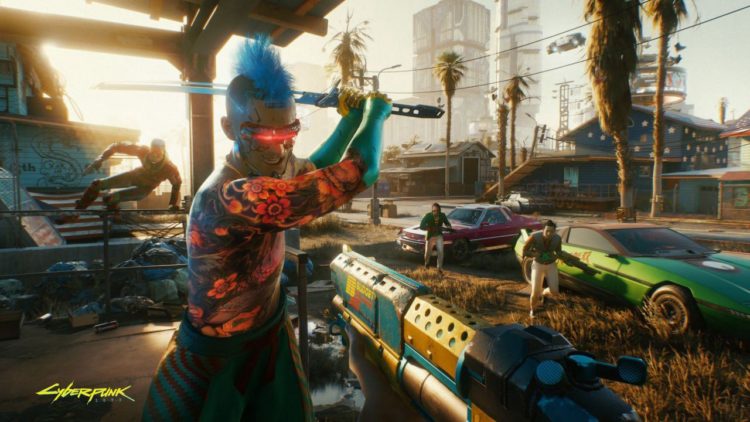 It’s disappointing, but we’re not surprised to see it. Crunch is very common in the AAA industry. Also, with Cyberpunk 2077 already having seen multiple delays, it’s no surprise that the leadership doesn’t want to push it back any further. Couple that with next generation console launches, and it becomes obvious that CD Projekt Red needs to release in November. Crunch shouldn’t be the answer, but it looks like it’s the only one CD Projekt Red has for the situation.

Cyberpunk 2077, featuring Keanu Reeves, is set to launch November 19, 2020. It will be widely available, including on the company’s very own GOG platform.