Cyberpunk 2077 looks great on PS5 even without next-gen optimizations

Cyberpunk 2077 will obviously shine brightest on PC thanks to RTX support and the full brunt of NVIDIA’s new RTX 30 series GPUs. But what about consoles? While Cyberpunk 2077 won’t launch with PS5 and Xbox Series X upgrades on December 10, the game is still a looker on current-gen hardware like the PS4 Pro and Xbox One X.

The new gameplay footage takes us through the Nomad character origin story and sees V. and Jackie delivering contraband through the border. The Nomad’s live out in the no man’s land outside the city in tight-knit clans, and cross over to the city for resources and to do some mercenary work. The themes are pretty apt and highlight the deep RPG aspects, but the gameplay seems marginally different on PS5. 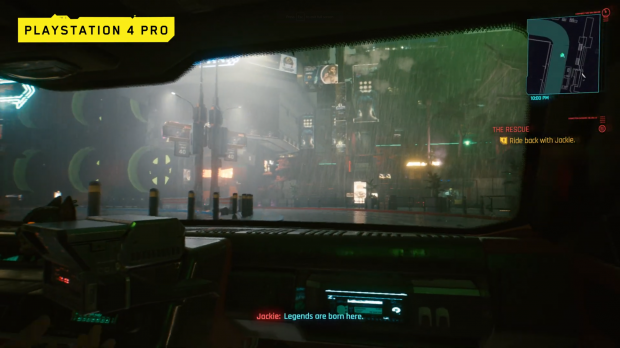 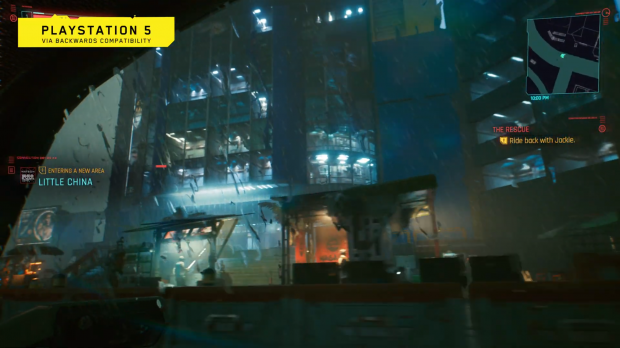 Take a look at the rain, for example; on PS5 the rain leaves streaks and droplets on the car’s windows. On PS4 these effects aren’t as pronounced. This might be a result of the PS5’s native boost mode, but remember, Cyberpunk 2077 won’t be upgraded on next-gen consoles when it releases. That free next-gen upgrade is coming in 2021.

Even still the game should look and run better on the PS5. The same is true for Assassin’s Creed Valhalla, and even games without optimization patches like Tekken 7.

Cyberpunk 2077 releases December 10, 2020 on PS4, Xbox One, PC, and Google Stadia. It will be playable on PS5 and Xbox Series X via backward compatibility, and a next-gen patch is coming in 2021.