Cyberpunk 2077 to Have More DLC Than The Witcher 3; Setting Is Great to Sell Things in Multiplayer 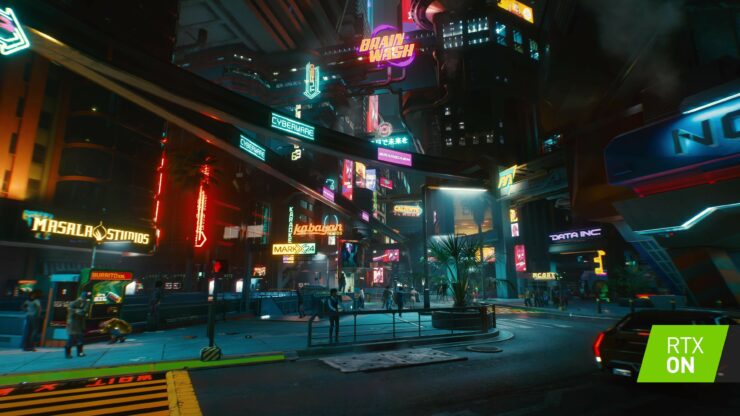 Cyberpunk 2077 fans were treated with another ray-traced trailer at the recent NVIDIA GeForce RTX 3000 series reveal event. However, for those who are itching to get even more information on the massively anticipated game, the translated H1 2020 earnings call Q&A of CD PROJEKT RED is now available here and it contains a number of juicy tidbits.

The first one is about Cyberpunk 2077 DLCs. While CD PROJEKT RED previously said the game would have no less than the number of DLCS released for The Witcher 3: Wild Hunt, this time president and CEO Adam Kiciński went on to add that fans (and investors) can expect more DLCs in comparison. Additional details on the post-launch content plans are forthcoming.

An investor then asked whether monetization in the multiplayer mode for Cyberpunk 2077 (currently scheduled for some time in 2022) will be ‘aggressive’, which Kiciński vehemently denied. That said, he did state the setting is particularly great to ‘sell things’, probably referring to cosmetic items.

[…] well, we’re never aggressive towards our fans! We treat them fairly and we’re friendly. So of course not – we won’t be aggressive – but you can expect great things to be bought. The goal is to design monetization in a way that makes people happy to spend money. I’m not trying to be cynical or hide something; it’s about creating a feeling of value. Same as with our single-player games: we want gamers to be happy while spending money on our products. The same is true for microtransactions: you can expect them, of course, and CP is a great setting for selling things, but it won’t be aggressive; it won’t upset gamers but it’ll make them happy – that’s our goal at least.

Now, it’s best not to get riled up. After all, CD PROJEKT RED is known for its consumer-friendly stance. In fact, during the Q&A, another investor asked whether the Polish studio would be following suit in the suggested retail price (SRP) increase that has been announced by Take-Two and EA for select games. Once again, Kiciński reassured there’ll be no such thing for Cyberpunk 2077.

I’m assuming you’re referring to the increased SRP in the US. As I mentioned when
answering the previous question, we already announced – a while ago – preorders for our
game in the US going at 59.99 and we’re not planning to change that price at the last minute.

It’s been out in the market and known to consumers for some time. In Europe, the game has been marketed by quite a few retailers for quite a while as well, so, in other words, we’re not planning to change where we are at the last minute for the consumers.

Lastly, it was confirmed that the freshly announced ‘next-gen’ version of The Witcher 3 (a free upgrade for existing owners of the game) is being developed by the same studio that took care of the Nintendo Switch port, that is to say, Saber Interactive.