That Cyberpunk 2077 Xbox One X console price was an error

Update [May 22nd]: It seems the store listing may have been incorrect. Despite the US and UK listings clearly stating the bundle’s cost of $2000 / £1400, one Xbox social media employee says this is incorrect:

Cyberpunk 2077 is one of the most highly anticipated games announced for this year, and its limited-edition Xbox One X was met with similar levels of excitement when it was unveiled in April.

However, it seems that excitement may have been premature, as the bundle’s price, which was not revealed at the time, has now been uncovered. It’s $2000 in the US and £1400 in the UK. 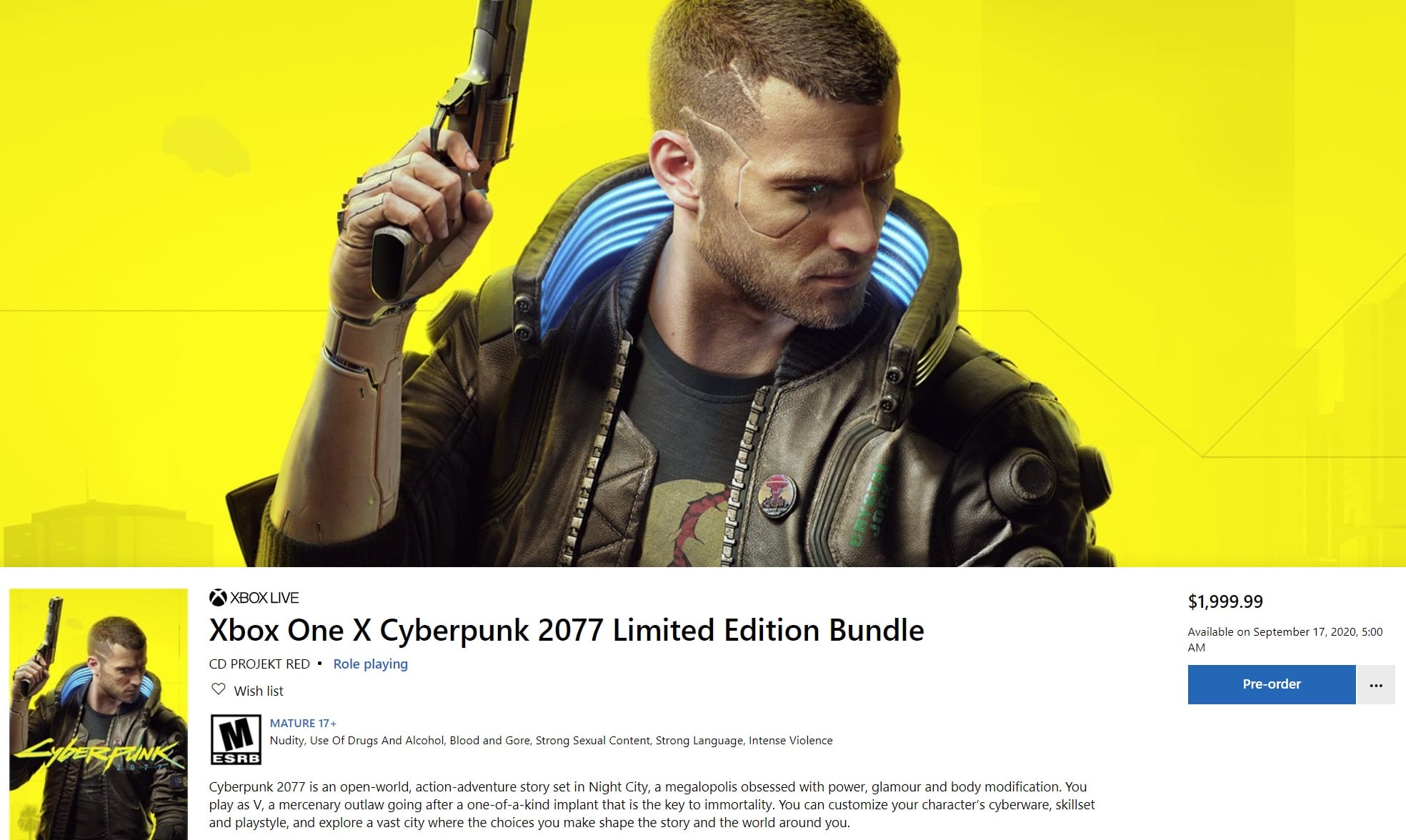 So what do you get for that eye-watering amount of money? Well, you get a digital version of the game, and a funky-looking version of the Xbox One X console – with matching controller, of course. You will also receive the “future first expansion release”, according to the Microsoft Store listing.

While the console includes some nice touches, such as custom panels, laser etchings, an LED light and glow in the dark writing, that still seems like a hefty price tag for a device that will be replaced by the upcoming Xbox Series X within months of launching. Given it could simply be a placeholder, we’ve contacted Microsoft for confirmation that the listed price is correct; we’ll update when we hear back.

The Xbox One X bundle, of which only 45,000 units will be made, is due to launch in June, while the game will become available at launch on September 17. The Xbox Series X release date, meanwhile, will arrive at some point this holiday season.